“Going where the most users are.” This motto is a central element of the mediation strategy of ETH Library’s archives. Its implementation includes the multifaceted collaboration with Wikimedia and its partly global, partly language-region-based projects.

The decision was made in late 2015: in parallel to its own platform E-Pics Bildarchiv Online, digitised image material from the Image Archive holdings was also to be rendered accessible via Wikimedia Commons, the extensive media library of the Wikimedia world. Individual open data digital copies had already been uploaded onto and downloaded from Wikimedia Commons by users of the image database by that stage. This process was now to take place from the Image Archive in a structured and institutionalised form.

The necessary organisational and technical processes for batch uploads were implemented in a cooperative project with Wikimedia CH. The first productive upload of 350 photographs with metadata took place in mid-June 2016. By the end of August 2017, over 40,000 digital copies had been uploaded, including photographs by Swiss aviation pioneer Walter Mittelholzer (1894–1937), historical views of ETH-Zurich buildings and sections of the Portrait Collection. This makes ETH Library Switzerland’s largest Wikimedia Commons image source. 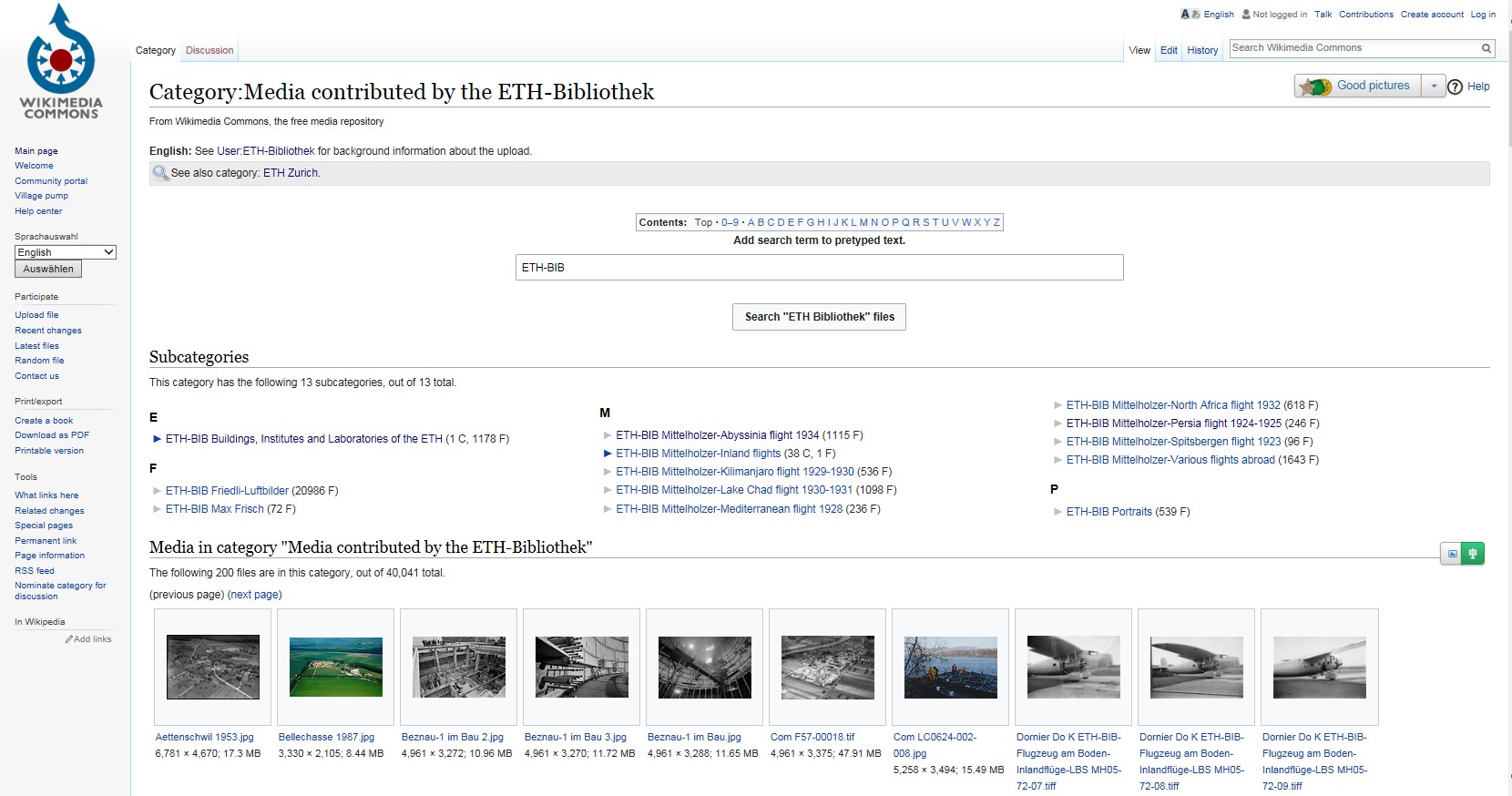 The Image Archive uploads partial holdings onto Wikimedia Commons, which are recognisable as sub-categories. The community assigns the majority of individual images to the complex internal Commons categories.

A glance at Wikipedia reveals that the image holdings are used broadly and reach an audience of millions. A total of around 8 million page views on all Wikipedia articles featuring images from ETH Library were registered between June 2016 and July 2017 (spread among the various language versions of the online encyclopaedia). For instance, photographs of the numerous flights conducted by Swiss aviation pioneer Walter Mittelholzer (1894–1937) to the Middle East and Africa can be found on English, German, French, Spanish and Arabic Wikipedia pages. 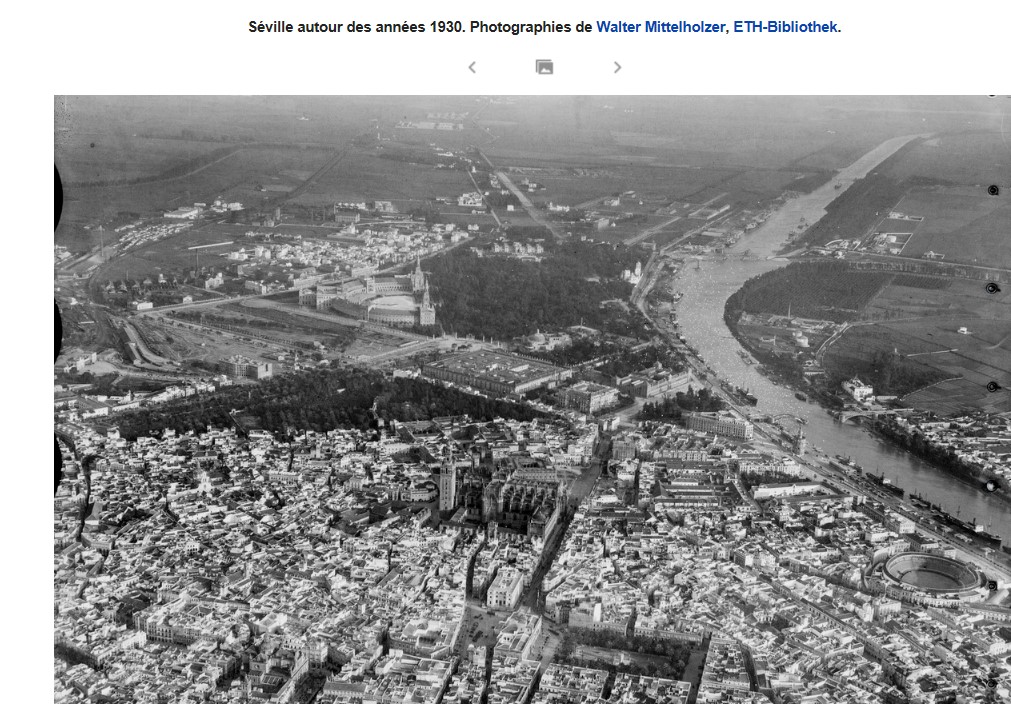 Our images uploaded onto Wikimedia Commons are integrated in hundreds of Wikipedia articles: this prominent picture gallery featuring photographs by Walter Mittelholzer is part of the article about Seville on French Wikipedia.

Wikipedia workshops – events which give those interested their first taste of editing and writing Wikipedia articles – also offer institutions such as libraries, archives and museums an opportunity to advertise their holdings to a wider user circle. For instance, workshops were held simultaneously at numerous venues to coincide with Swiss Archives Day on 9 June 2017. ETH Library’s archives organised a writing workshop in conjunction with ETH Zurich’s Archives of Contemporary History with support from experienced Wikipedians. At least 20 people seized the opportunity to channel their specialist knowledge into Wikipedia. For instance, they supplemented an entry on the Max-Frisch-Bad, placed links to the C.G. Jung archival holdings in the ETH Zurich University Archives, translated a text on the Swiss Federation of Jewish Communities and added numerous images.

The accompanying panel discussion “Wikipedia and Academia?!” offered an opportunity to examine the online encyclopaedia critically. Representatives from research, Wikimedia/Wikipedia and archives discussed the ambivalent relationship between academia and Wikipedia, as well as the contributions that archives can make in this field.

Wikidata – a collection of structured data

The next step in the increased networking with the Wikimedia world is to link archival holdings with Wikidata. This collection of structured data has blossomed into a metadata hub in a short space of time. In order to support volunteers and GLAM institutions in the collaboration with Wikidata, Wikimedia frequently offers workshops on the topic – such as now, for instance, to coincide with the 3rd Swiss Open Cultural Data Hackathon at the University of Lausanne from 14–16 September 2017, at which ETH Library will be represented as a data provider (including with datasets from the archives).