When it comes to indexing holdings, using a helping hand from outside is nothing new in archives. What is, however: the new forms of cooperating and working with experts and interested novices that have become possible in the age of the internet and Web 2.0. One of these possibilities – so-called “crowdsourcing” – is currently a hot topic. ETH-Bibliothek’s Image Archive has already had a taste of it in a concrete crowdsourcing project: former members of Swissair staff spent four years helping to index around 40,000 images from Swissair’s photo archive online.

From December 2009 to 2013, 200 to 350 new images per week were uploaded with the available metadata (title, author, dating) in a protected area on the Image Archive’s web-based image database. The volunteer Swissair retirees could then type in additional information in a specially activated “Notes” field on the database by entering a password. 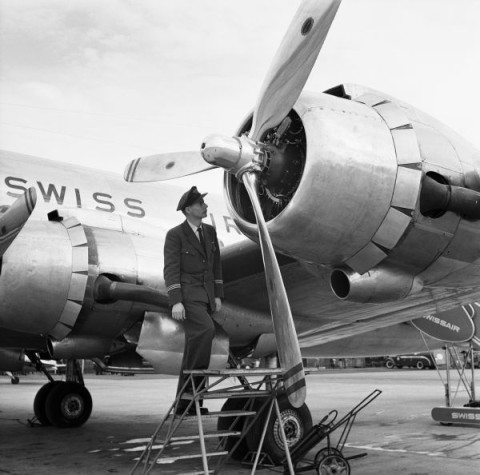 Figure 1: original image information: pilot in front of propeller, no year. Information added: flight engineer Alfred Wegmann (1917–2007) inspecting the exterior of the Douglas DC-4-1009 A, HB-ILA “Genève” prior to take-off at Cointrin Airport, Geneva. Alfred Wegmann flew with Swissair as an on-board mechanic and flight engineer from 1947 to 1973; photo around 1950 (LBS_SR01-05479).

Besides working from home via the internet, communication by telephone between the volunteers and the contact person at the Image Archive was also important. As the number of digitised and supplemented images increased, the specialist knowledge acquired at the Image Archive also grew. As a result, an extremely valuable knowledge transfer took place. However, the time this would take had been grossly underestimated at the beginning of the project. This insider knowledge especially proved priceless in the subsequent refinement of the keyword tree.

The Swissair staff’s work methods and depth of specialist knowledge varied greatly. While one of the volunteers might know and search for aircraft types and people from the early days of Swissair, another could describe all the parts in an engine. Dating the images, however, proved to be the most difficult task. Often, conservative estimates based on the service life of a particular aircraft had to suffice.

The images remained online for a period of eight weeks, after which members of the Image Archive’s staff edited the additional information and annotated the images. The supplements were matched with the available metadata or distributed on the adequate metadata fields (title, description, data etc.) and checked for spelling and the consistency of their content. The retirees’ original notes were left unchanged on the database; the original titles and descriptions of the images can be found in the inventory lists. 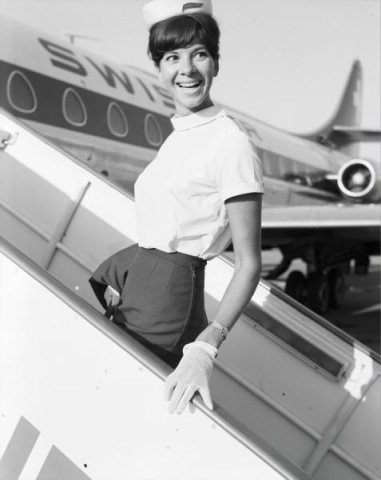 One by one, the fully indexed images were placed on the image database Image Archive Online. A selection was also published in the illustrated book “Swissair Souvenirs: Das Fotoarchiv der Swissair in 2012”.