Review of Hands-On Lab I at the 106th Bibliothekartag

The NMC Horizon Report 2017 > Library Edition published in March served as a springboard for the hands-on lab “Outlook for libraries in the year 2027“ held against the backdrop of the 106th Bibliothekartag in Frankfurt.

The workshop was designed to test which ideas a group of people working in the library sector would come up with while examining the topics of trend analysis and future scenarios for two hours.

The ambitious goal: to enlarge upon and refine selected key trends and technologies in the report with a view to making their long-term impact on (academic) libraries more apparent. The NMC Horizon Report 2017 > Library Edition had been reported on extensively in the run-up to the Bibliothekartag within the scope of a BibCast.

The participants worked in four randomly selected groups, each of which was devoted to a trend topic and the corresponding technology. They focused on the following question: “How will the library of 2027 work and what will it look like if the trend and technologies become routine?”

In preparation, the organisers (Claudia Lienhard and Gabriella Padovan, both from ETH Library, and Rudolf Mumenthaler, HTW Chur) had selected and arranged the following four trends and technologies from the NMC Horizon Report:

The methodological basis to tackle the question was the design thinking process, the individual phases of which (inspiration – ideation – iteration) were examined one step at a time. The main focus was on the ideation phase; due to limited time resources, the other two phases were addressed more fleetingly:

Results of the four groups 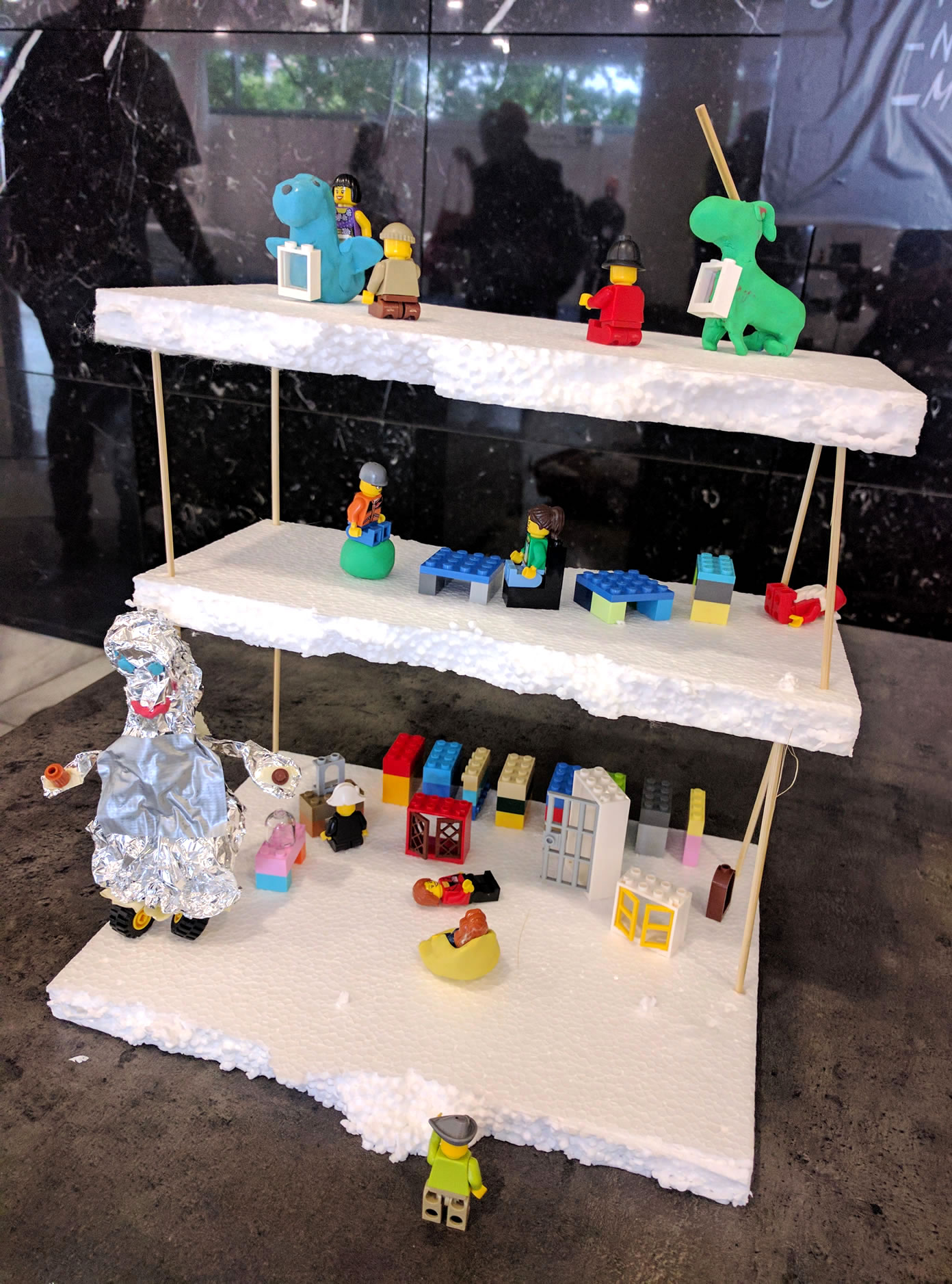 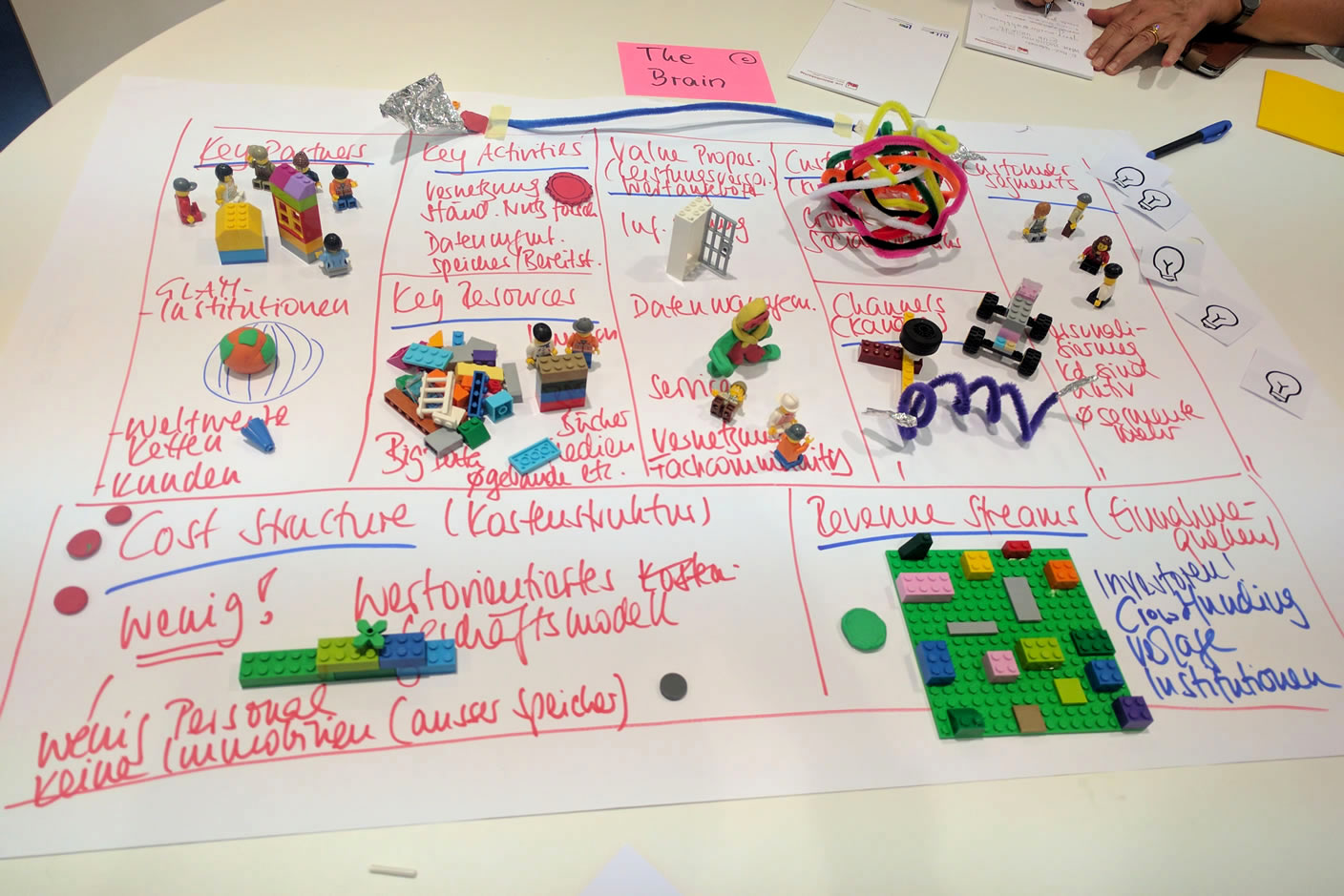 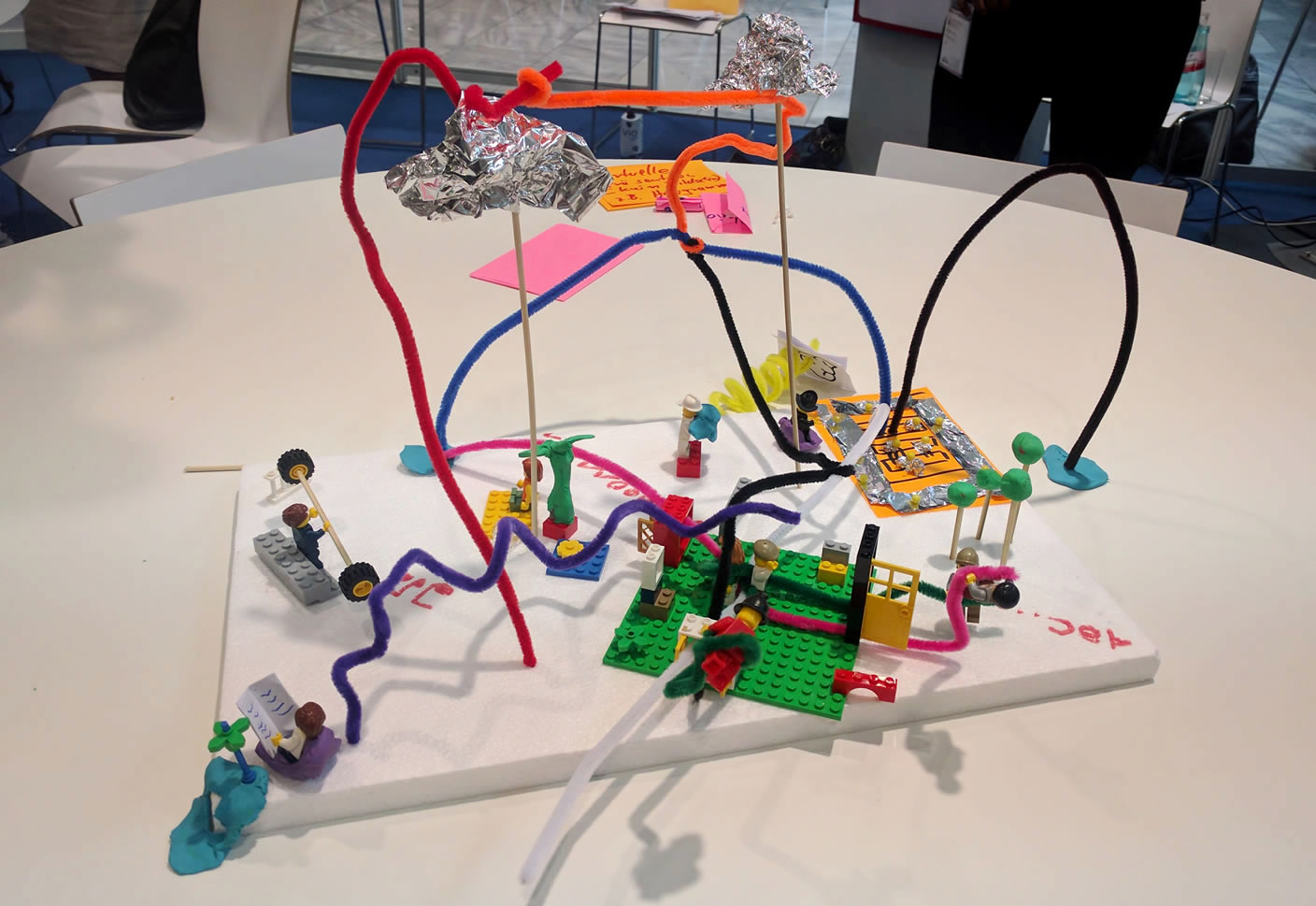 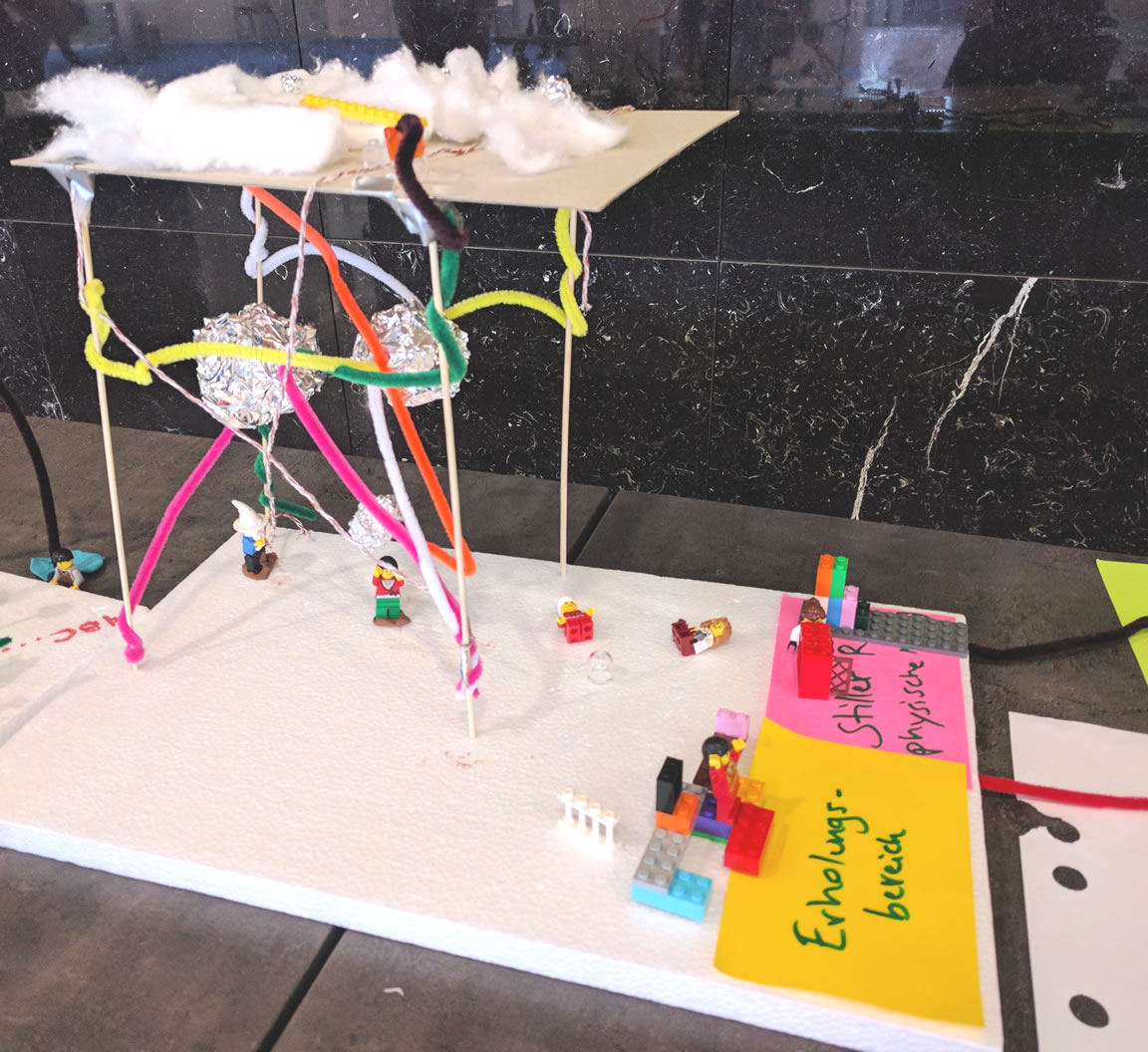 Prototype: Shift Away from Books

As the hands-on lab on the NMC Horizon Report 2017 > Library Edition was conducted for the first time in this form, it was also an experiment for the three moderators.

And the experiment was a success: in no time, an intensive collaboration took shape and interesting insights and results were gained. A comparison of the four prototypical, visionary library concepts reveals that user-centric, i.e. personalised and simple, access to content takes priority. Moreover, the library will remain a meeting point, albeit supporting various interfaces with virtual applications and offering some virtual applications, as well as being experienceable in its entirety in the virtual sphere. 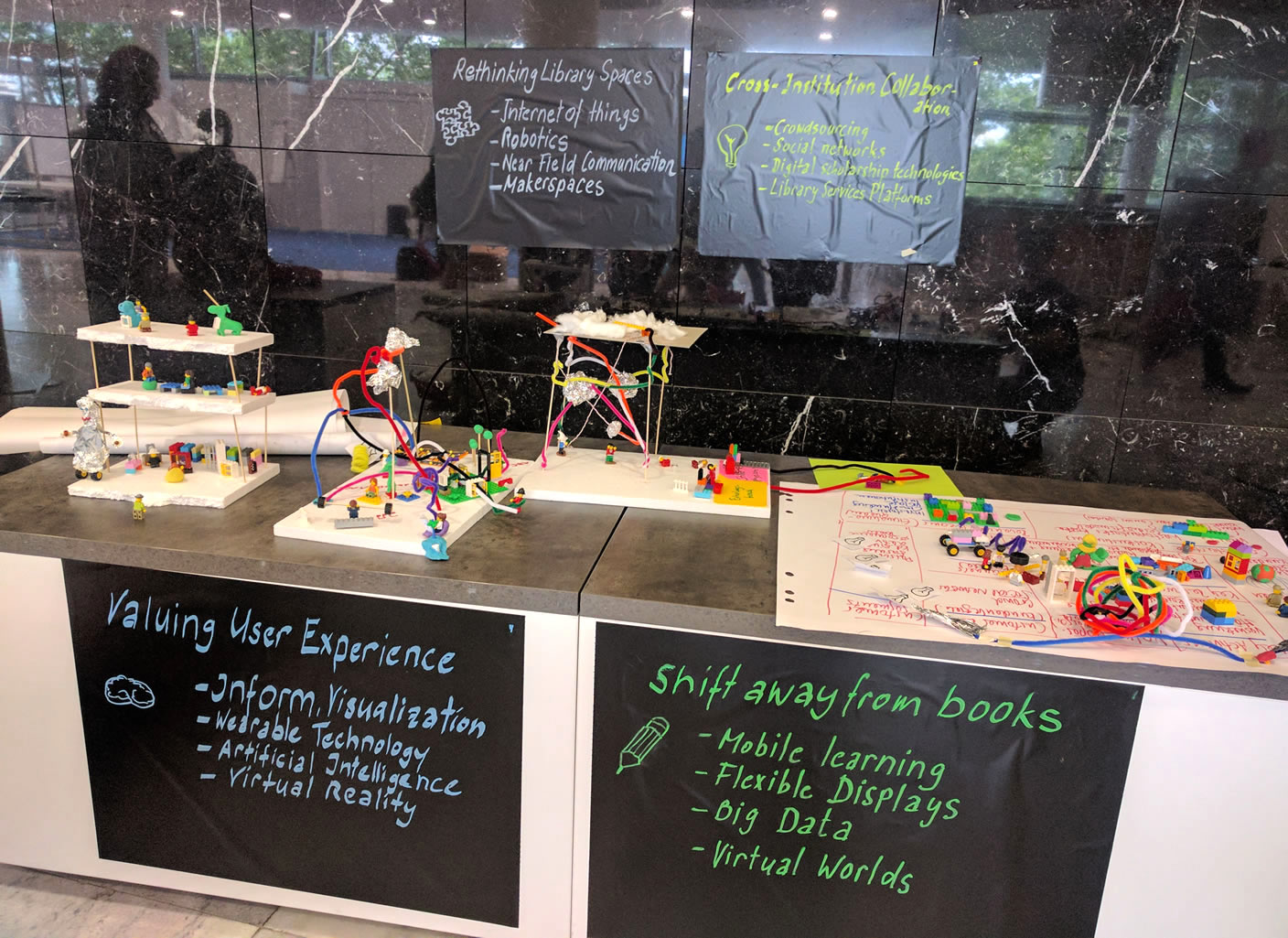 Comparison of the four prototypes

The majority of the feedback from the participants was positive. Here is a selection of the written comments received:

“Thanks to your professional introduction and the systematic breaks between the individual steps (as soon as the time was up), I found the method surprisingly effective to actually translate a working theory (in our case) into results. With the almost ‘unlibrary-like’ trends selected (‘get away from books!’), it could just as easily have descended into discussions (on the ‘value of printed books, ‘cultural disintegration’, ‘they smell so nice’).

“It would be great and exciting if another workshop on trends were held next year or the year after. Perhaps only with a maximum of one or two topics next time? Then you wouldn’t feel ‘oh, I’d like to have worked on that, too’ 😀”

“I found it enthralling to be part of a guided innovative process, which was extremely productive given the brief time available and the heterogeneity of the team. Generally, it was fascinating to learn how a systemised process can spawn ideas and generate innovation – and just how quickly creative energy can be generated if a democratically organised, heterogeneous pool of staff works together.”

“What I take away with me is that it’s well worth building on and thinking beyond the Horizon topics in this form!”