The digitization of 535 original orchid petal analyses displayed in glass slides was a special kind of project.

ETH-Bibliothek’s DigiCenter tackled this “floral” project in late 2015 and early 2016. The digitised holdings are part of the orchid material collection belonging to Swiss botanist Hans R. Reinhard (1919-2007) and are located in the ETH-Zurich University Archives.

As, despite conservation efforts, a mould infestation is possible at any time, the petal analyses need to be stored and treated in a special way. Therefore, the wooden box containing the glass slides was stored in a safe and only removed shortly before digitisation. Moreover, the slides were only allowed to be handled with disposable protective gloves.

Orchids in front of a Hasselblad camera

The petal analyses contain numerous details. As accurate a depiction of them as possible is guaranteed via high-resolution image files. This involved using a full-format camera by the company Hasselblad equipped with a sensor of thirty-nine megapixels, a bright 67 macro-lens and the corresponding image processing software Phocus. 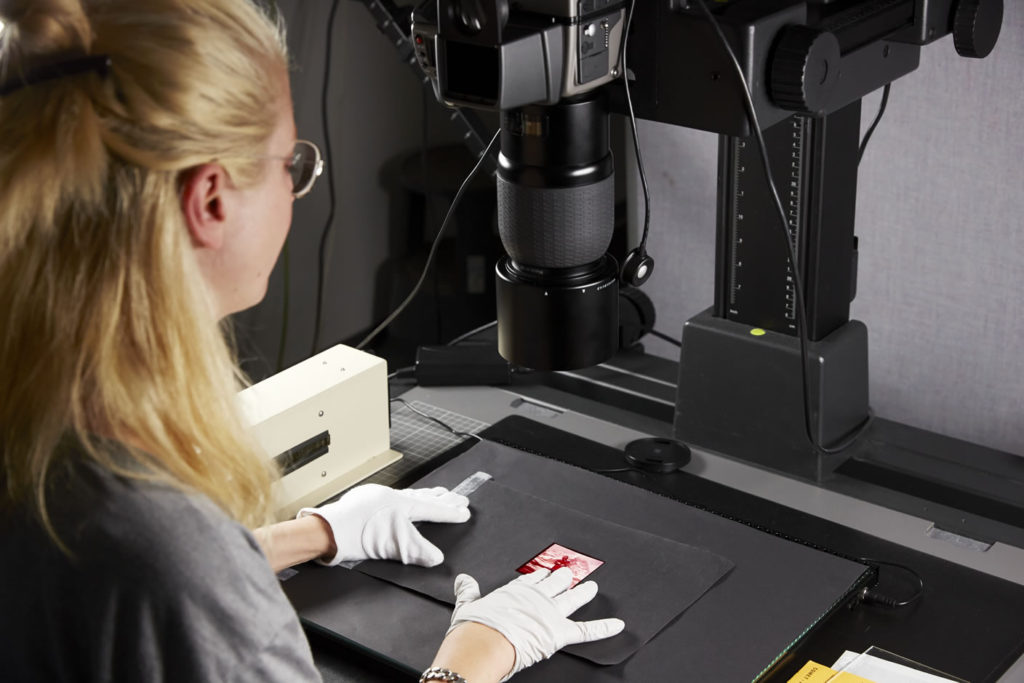 The copy is made on a light source with an optimised brightness setting. In order to guard against disruptive changes in the light, the entire photo station was permanently shielded from incoming daylight.

The glass slides were photographed from the front and the back and saved as a raw file (16bit). The photographs were supplemented with a so-called colour checker to provide reference colours in the event of subsequent colour changes. 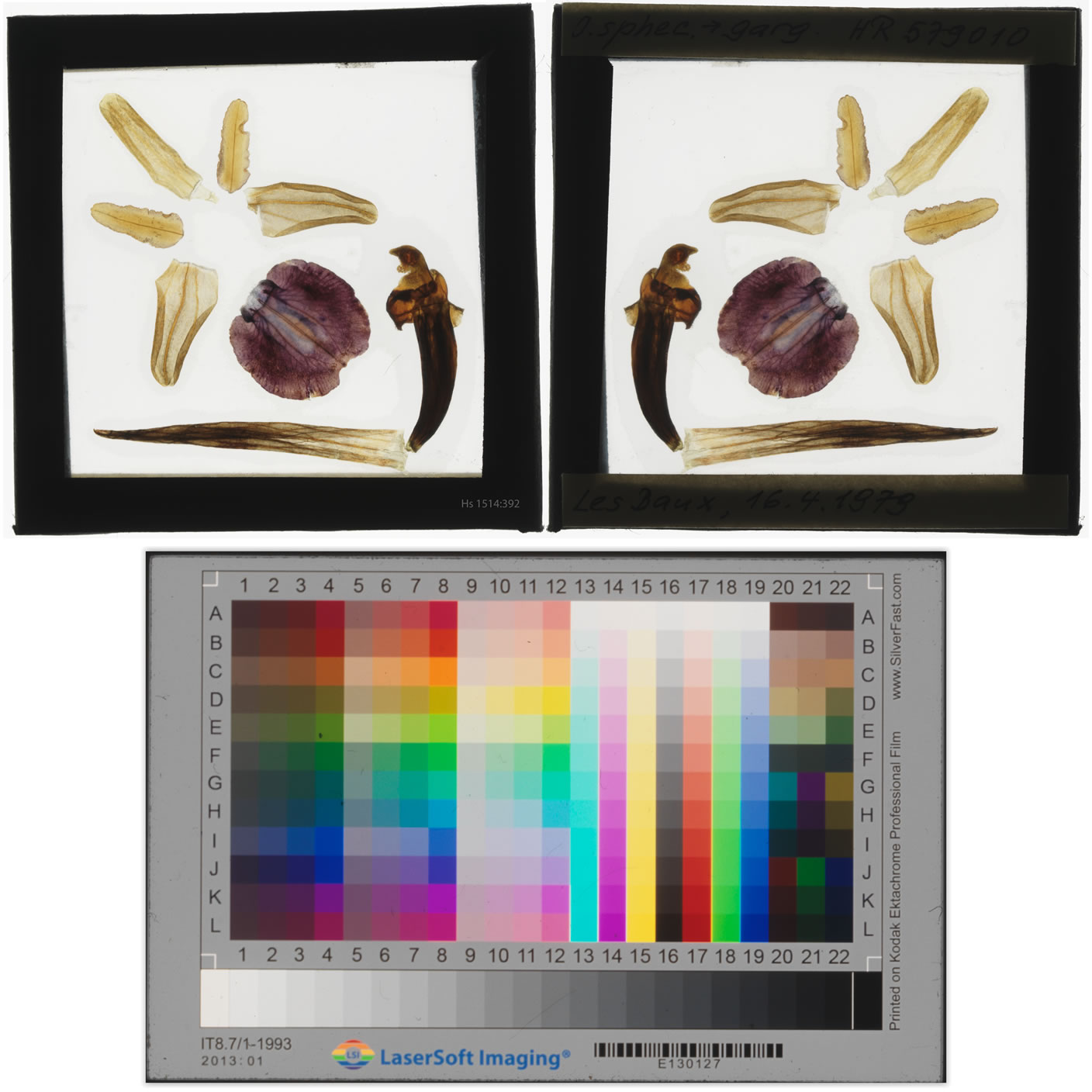 Copy of the front and back, colour checker with reference colours

The photographs on the light source with transmitted light caused the location number labelled in white on the black frame to become invisible on the image. The original location numbers would only have been discernible with strong overexposure. To avoid losing this key information during digitisation, the location number was subsequently added to the slide mount using Photoshop.

The photographs were edited further using the image software Phocus to realign and crop them. They were then converted into 8-bit mode, and exported and saved as TIFF files.

The time needed to take and edit the photographs was around five minutes per slide. In all, the 1,070 digital copies (front and back of the slides) were around forty hours in the making.

The petal analyses and additional digitised holdings of Hans R. Reinhardt’s orchid material collection can be accessed on the platform e-manuscripta.