The new Crowdsourcing blog plays a key role here, providing information on the latest from the crowdsourcing initiatives at ETH Library Zurich. Currently, the library (primarily) uses crowdsourcing to describe images from the Image Archive. 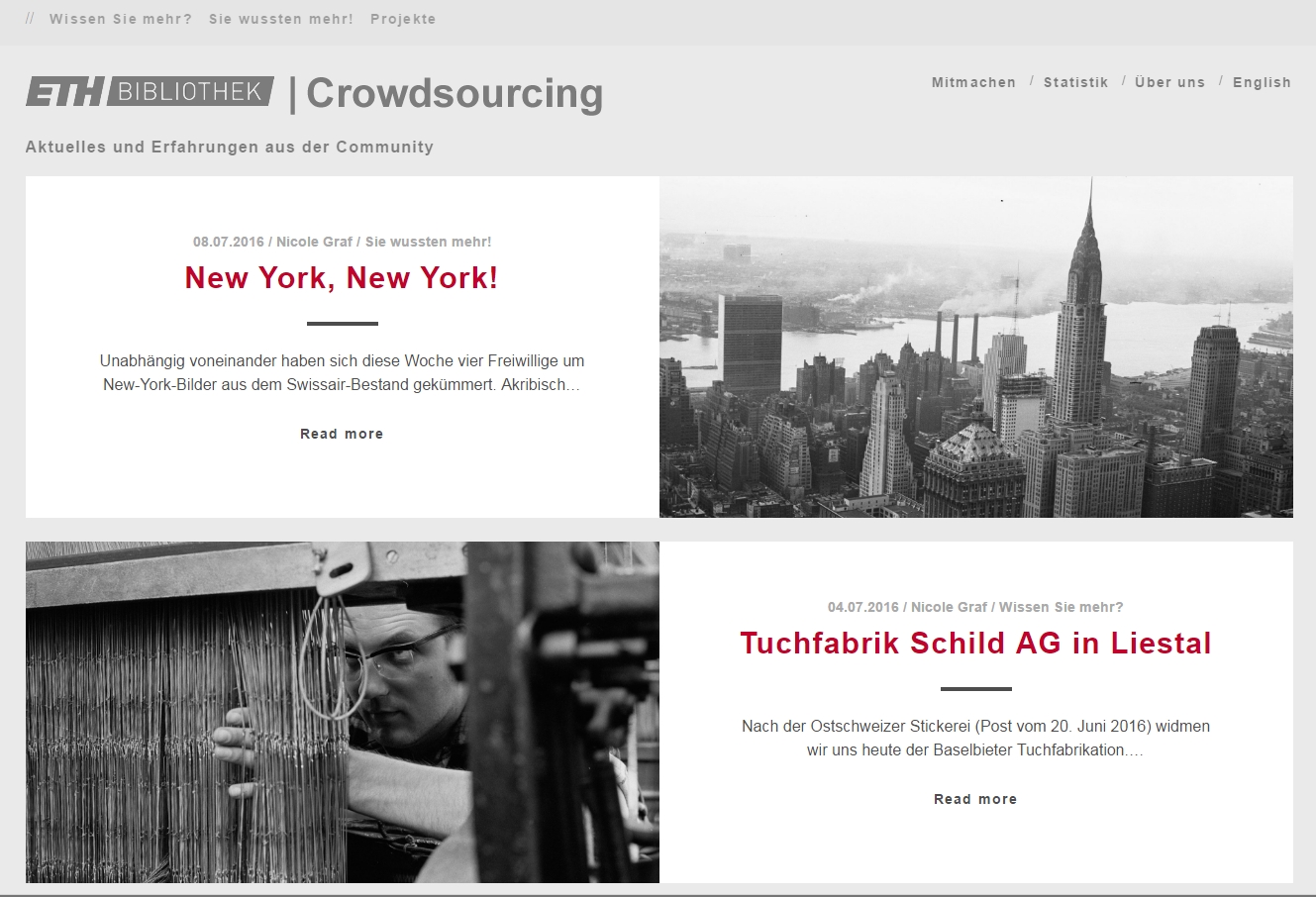 The contents of the blog are geared towards:

The goal of the Crowdsourcing blog

Every now and then, the Image Archive contains image holdings with extremely vague captions. For instance, there is a large number of aerial photographs that only have rudimentary information available. Many reports from the holdings of the Comet Photo AG photographic agency only bear a brief description.

The blog is looking to motivate as many people as possible to get involved in describing these images in more detail. For instance, people with local knowledge can usually add information relatively quickly that helps determine an image more accurately. This yields better metadata, which in turn facilitates searches in the image holdings.

How the Crowdsourcing blog came about

With the blog, ETH Library is continuing a dialogue with experts and volunteer helpers that first began within the scope of the Swissair project (2009–2013). The article Wer kennt die Berge, Orte und Fabriken? in the Neue Zürcher Zeitung (NZZ) from 18 January 2016, which appealed for help describing ten pictures, provided fresh impetus to resume this commitment. The article was met with a broad response: the Image Archive received more than 200 comments the very same day. Within twenty-four hours, nine of the ten images in the Neue Zürcher Zeitung had already been identified. The campaign also received additional media coverage (see Press review on the Crowdsourcing blog).

The overwhelming amount of feedback from dedicated volunteers and the delight in the dynamics of identifying images communally prompted us to explore new paths to communicate regularly with volunteers and interested people, obtain fresh information on images and report on successful experiences. A blog seemed just the ticket.

What does the Crowdsourcing blog contain?

The blog continuously provides information about new images in the hope that ETH Library’s Image Archive will receive information from outside. At the same time, it reports on how additional information was obtained thanks to the help of volunteers. 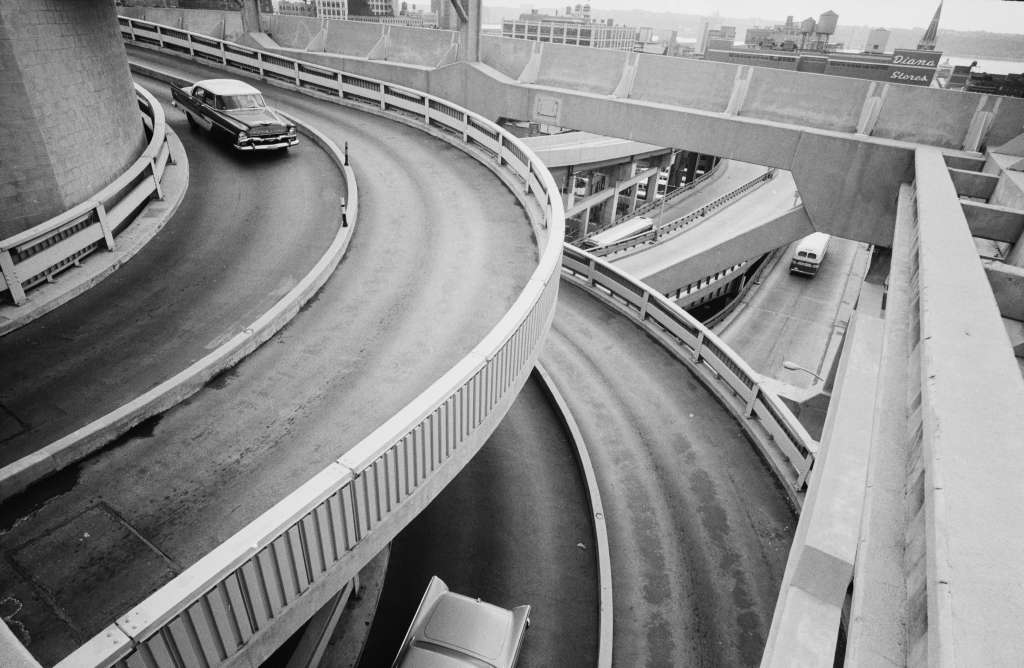 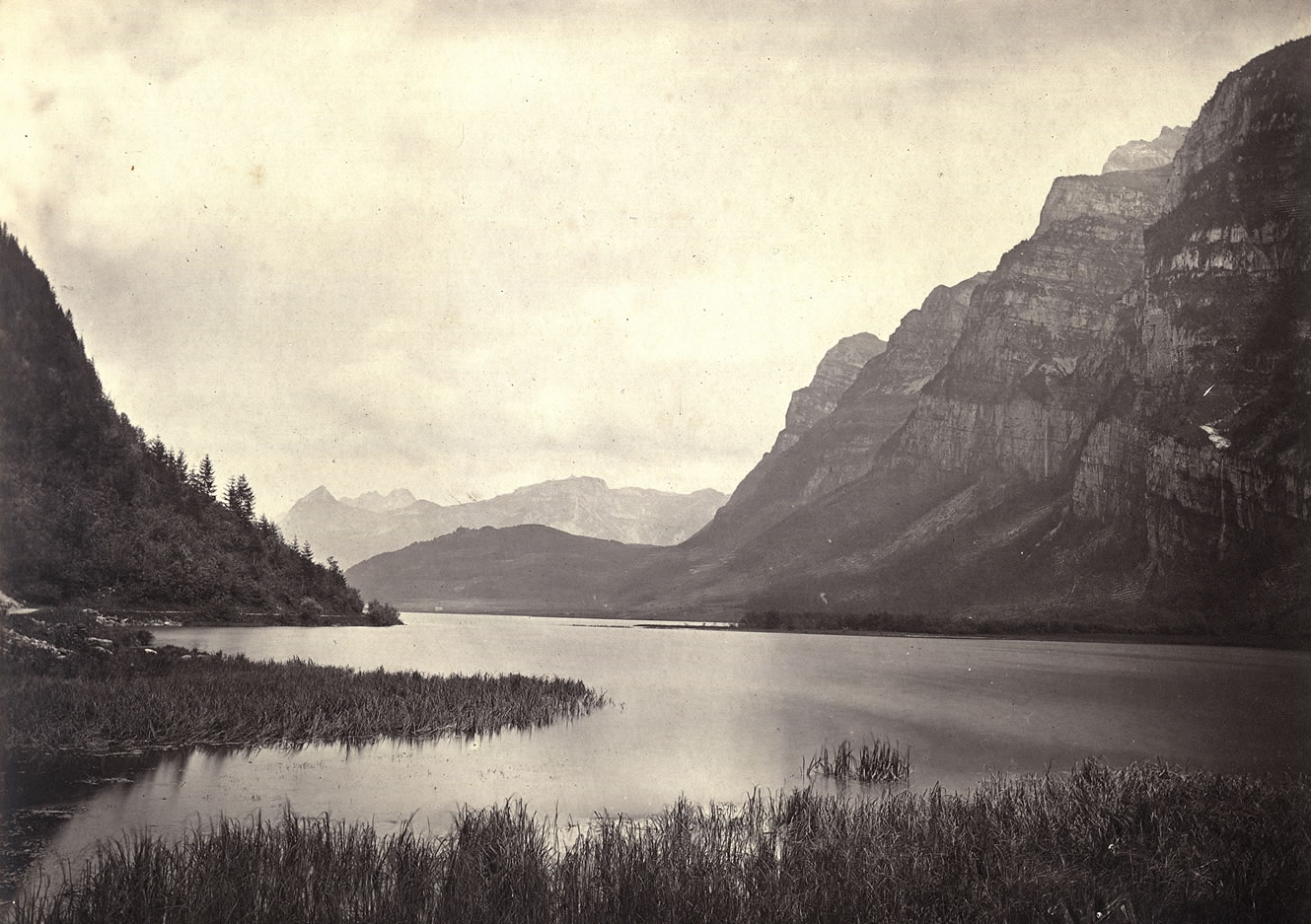 Figure 3: A photograph from around 1862 identified as a shot of the Klöntalersee along with the photographer’s precise location.

While browsing our image database, volunteer August Beglinger happened upon Frith’s photograph of the Klöntalersee. His enthusiastic comment: “The picture’s an absolute gem! I’ve never seen such an early photo of the lake from behind (from today’s flooded Vorderes Vorauen).”

Volunteer statistics and reports on other crowdsourcing projects are published monthly on further blog pages. The statistics provide information on the number of comments received, images improved, volunteers involved and the volunteers’ top ten.

A media review and references round off the blog’s information service. Moreover, there is also a “Participate” page, where FAQs on crowdsourcing are listed. These pages are also available in English.

Many of the volunteers are extremely committed and help render the Image Archive’s holdings more efficiently for anyone interested to use. In particular, the volunteers’ top ten have yielded around fifty per cent of all comments thus far (that’s 2,000 comments). And some comments enable the metadata for several images to be improved simultaneously. For instance, Hans-Peter Eigenmann, who has extensive local knowledge, studied two aerial photographs from a series he had been searching for and tagged the various buildings and field names. 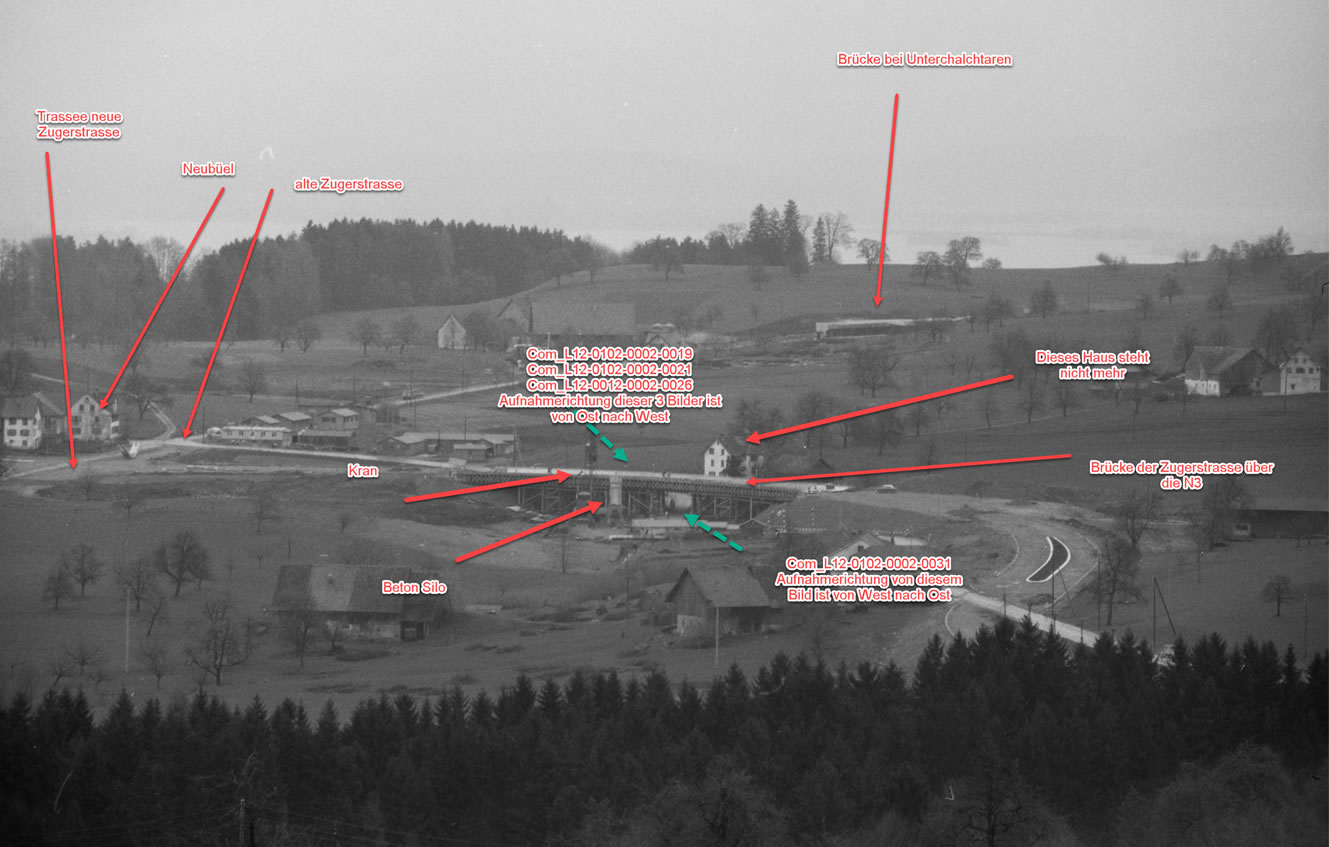 Ninety per cent of the volunteers are men. The question as to why there is such a significant male majority concerns us. We will devote a separate blog entry to the issue shortly on the Crowdsourcing blog.